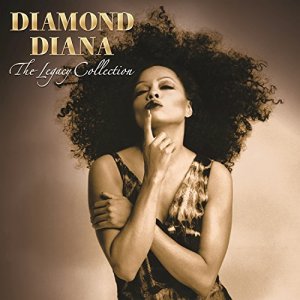 The new collection Diamond Diana: The Legacy Collection hits the charts in a big way this week, returning Diana Ross to the Top 30 of the Billboard 200 for the first time in more than 30 years!

Debuting for the week ending January 27, 2018 at #30, Diamond Diana is the singer’s first Top 30 entry on the Billboard 200 since Swept Away hit #26 in 1984.  The new collection just edges out I Love You, which topped out at #32 in 2007.  Interestingly, Diamond Diana is now the second highest-charting Diana Ross solo hits compilation on the Billboard 200, following only 1976’s Greatest Hits (which peaked at #13).  Meanwhile, on the magazine’s Top Album Sales chart (which counts only physical album sales, not streaming), Diamond Diana debuts at #5!

Congratulations to Miss Diana Ross on the well-deserved success of Diamond Diana!

Album-by-album, track-by-track, a look at the entire Diana Ross discography...
View all posts by Paul →
This entry was posted in Uncategorized and tagged Billboard, Diana Ross, Motown, RCA. Bookmark the permalink.